Get the latest creative news from FooBar about art, design and business.

The Sandbox has introduced KYC verification and a sales raffle process for a more efficient landowner distribution. The metaverse platform announced these plans as a vital part of their new landowner roadmap. 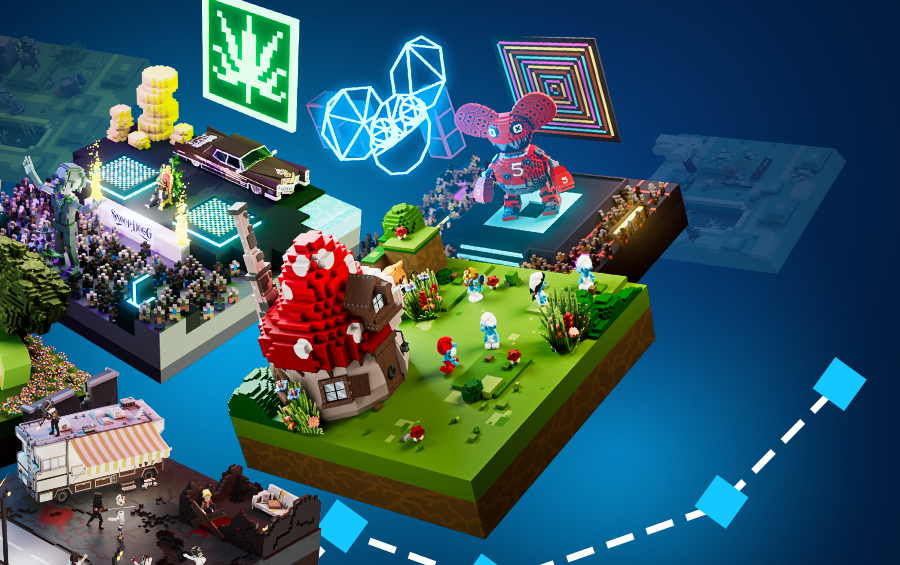 The Sandbox Will Implement KYC Verification for Land Buyers

Know Your Customer or KYC verification is a sensitive topic in the crypto space. Many crypto-enthusiasts think that it goes against the original purpose of using blockchain technology.

The Sandbox is another platform that announced KYC verification will be a requirement for future land sales. One of the reasons that may have pushed the KYC was a cheating incident on one of the speedrun contests run by one of The Sandbox’s partners.

It’s also important to note now that Animoca Brands is The Sandbox’s mother company. So it may be possible that the blockchain gaming giant aims to use KYC for more of the products in its portfolio.

According to the new landowner roadmap for The Sandbox, they will distribute land through a raffle system for KYC verified participants in the sales. However, as of writing, there are no specific details about its process.

These new changes are significant as The Sandbox will bring in new landowners onboard. With numerous plans on its LAND owner roadmap for this year, the platform will surely prioritize security.

All investment/financial opinions expressed by themediaverse.com are not recommendations.

This article is educational material.

As always, make your own research prior to making any kind of investment.

Micah is a writer based in the Philippines. She loves to write about the things that spark her interest like tech, art, blockchain, and NFTs. In her free time, she paints using acrylic and watercolor, reads fictional novels, and plays video games.

BAYZ x The Sandbox Partner To Bring The Metaverse To Brazil

BAYZ x The Sandbox Partner To Bring The Metaverse To Brazil